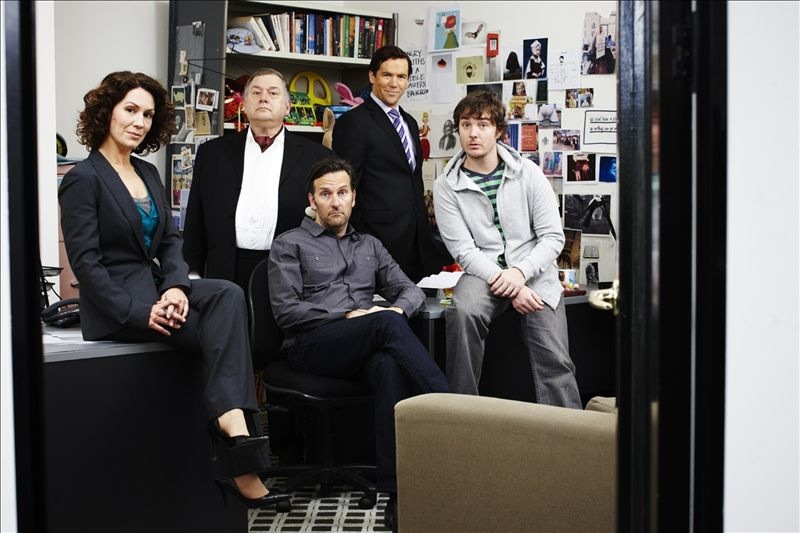 A valiant effort earned two Aussie writers the chance to make I Can’t Believe It’s Not Better, a cheeky look at the serious side of making comedy.

Back in 2007, writers Sean Condon and Robert Hibbert weren’t flying on much more than a wing and a prayer when they stormed into the screen Producers Association of Australia conference with a clever idea and a five-minute video in their hands. Little did they know that their slap-dash pitch would knock the jaded Comedy Channel executives’ socks off and secure them $25,000 to write a pilot episode.

Two years later, their idea about the goings on behind a TV sketch comedy show has become the real deal, starring actors Colin Lane (of Lano & Woodley fame) and Toby Truslove as thinly-veiled versions of themselves, named Conlon and Hillbert.

“Colin and Toby kind of suck [as us],” says Hibbert with plenty of sarcasm, “but they are bigger names so they got the roles.” “We’ll, we can’t act,” interjects Condon. “It was a bit of a sticking point.”

Their catchy new pilot screens this month, and the duo are keeping fingers and toes firmly crossed this special will springboard into something more than just a one off. “We’re hoping it will become a series,” says Hibbert. “we have a lot more funniness to explore.”