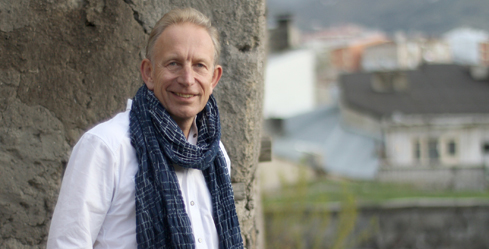 Whether it’s young and mild or old and mouldy, Will studd, the host of TV show Cheese Slices, is never afraid to give any dairy delight a go. “I think you have to try everything once,” says the British-born Australian-based Master of cheese, who’s spent the last six years on a “global odyssey” tracking down the world’s most unusual varieties for his popular show. “We’ve gone to places that I never would have expected to find really great cheeses.”

In an itinerary which takes in destinations as diverse as Norway, Italy, Denmark, scotland, Wales, France and Germany, Studd uncovers unique cheeses and the fascinating people who dedicate their lives to making them. “It’s such a labour of love, it’s not something you do to make a lot of money,” he says.

Along the way studd has some surprising adventures. In Italy, there’s a traditional truffle hunt in piedmont and a visit to a Dickensian cheese maturing room in sicily; while a jaunt to fantastical Norway reveals both the best and worst cheese of the trip. “Gammelost was one of the most disgusting cheeses I’ve tried in my entire life,” he says of the pungent Norwegian cheese reputed to smell like old socks. however, the sweet, caramel-coloured ghetost was a revelation. “It’s a bit like fudge, but it’s a beautiful sweet goat’s cheese and lovely with coffee.”

Part travelogue and part foodie frolic, Cheese Slices also has another important role to play. “Nobody has ever mapped artisanal cheese,” he says. “At the risk of sounding boring, we are actually recording cheese history.”

We catch up with Boys Weekend chef Miguel Maestre to find out about his hot new show Miguel’s Tropical Kitchen which explores the stunning locations and exotic taste sensations of north Queensland.

This is your first solo hosting gig, are you excited or nervous, or both?

Are you serious?! I get excited just to get up in the morning and make breakfast, I just love cooking! And then I get the chance to host my own show in a place like tropical north Queensland…

What have been some of your favourite spots up north so far?

Some of my favourites were the ones I didn’t expect. I got up at 5:00am one morning to cook breakfast at sunrise at a place called Thala Beach in Port Douglas. We had the whole beach to ourselves and it was absolutely spectacular. We also spent a week filming in an exclusive resort called Elandra in Mission Beach. I had an incredible kitchen by the pool on the cliffs overlooking Dunk Island. I felt more like a rock star than a chef.

Can you tell us some of the delicious recipes you’ll be featuring?

There’s a crayfish risotto with soy sabayon that I cooked on Green Island with one of the biggest crayfish you’ll ever see. I whipped up the lightest yoghurt mousse with chargrilled passionfruit next to the stunning Millaa Millaa waterfalls; there was a bus load of tourist lining up to try that one!

What are some of the more unusual ingredients you’ll be using?

I was blown away by some of the exotic fruit we discovered in tropical north Queensland. There’s one called a black sapote, which tastes just like chocolate pudding. The jackfruit is a huge prickly beast which tastes like a tropical cocktail, and soursop is amazing, like kissing a mermaid from Cuba.

Portion the crayfish into bite-size pieces with shell on and fry in a very hot pan for two minutes, then set aside. In a medium saucepan sauté the butter, the eschallots, garlic, lemongrass and coriander until soft. Once cooked add the crayfish pieces and sauté all together. Add the rice and slowly add the stock, stirring occasionally until rice is cooked. To finish add a splash of mirin and chopped leaves of coriander.

For the sabayon, cook palm sugar, egg yolks and soy sauce over a bain-marie, stirring with a whisk in a metal bowl until mixture thickens. Then pour over the risotto. And wow! 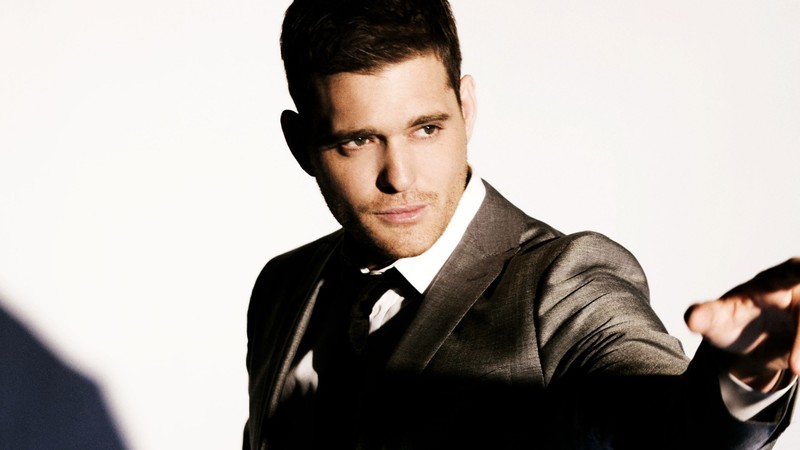 He’s a multi-platinum, Grammy- Award winning singer who made his fortune by covering jazz standards, but don’t try and put Michael Bublé in a box or he’s sure to bust straight out of it. Case in point is his latest album, Crazy Love, which debuted in the top spot on the US pop charts.

“I’ve fought categorisation like every human being does,” says the 34-year-old Canadian. “But it’s not a very easy thing to do, especially with the media. When they write the article they want to say, ‘Oh it’s Sinatra in sneakers’ or ‘our generation’s guy’ and I get that, but at the same time I can only be me.”

Luckily, it seems that the “me” he’s referring to is a man of diverse talents; and now he’s set to make the most of them by becoming FOXTEL’s ambassador for the Vancouver 2010 Olympic Winter Games. And to say Bublé is pumped about his latest assignment would be putting it mildly. “It’s a great honour, considering I’m a huge fan of Australia,” he says. “I love it very much, and I feel like I’ve been welcomed by the people with open arms, so as a proud Canadian it seems like a genuinely perfect fit for me.”

Bublé’s role as ambassador is set to be a multi-faceted affair. It begins this month with the one-hour special Michael Bublé’s Canada, which sees him acting as a tour guide to our very own Sophie Falkiner, sending her on a whirlwind trip around the country to check out some of his favourite hot spots. While talking to the star, it’s clear he’s as passionate about Canada as he is about his music.

“I’m a proud Vancouverite and a proud Canadian and our country has a lot to offer,” he enthuses. “I think that it’s a great chance for me to show people how diverse it is, and to show people some of the similarities that would make them feel comfortable coming and some of the differences that would make it exciting for them.” During Bublé’s tour, Falkiner takes in everywhere from his hometown Vancouver to Niagara Falls, Whistler, Toronto, Lake Louise and even the French-speaking province of Quebéc in a special that is sure to open Australia’s eyes to all the incredible things Canada has to offer.

“There are so many different beautiful things to see,” he says. “We’re a large country, to get from one side to the other takes a long time and as you pass [through it] you find incredibly different and distinct cultural differences. You can go from watching whales to seeing bears in their natural habitat.”

While Bublé is clearly happy to take us sightseeing, there’s another part to his new role that seems even closer to his heart. A keen ice hockey fan – he even owns his own team, the Vancouver Giants – Bublé is set to jump into the commentators’ box to share his love of the sport at the Winter Games. But don’t expect him to put on his serious hat. “I don’t pretend to be a professional or someone who knows what they’re talking about, I’m just a huge fan of the game, and it’s exciting for me just to let myself go. I get a serious kick out of it!”

When asked what it is about the sport that rings his bell, that excitement comes shining through. “It’s the fastest game on earth. These are men – and women, by the way, play the game as well – travelling 40 and 50km/h at full speed with a heavy disc [puck]. There’s precision passing, there’s beauty, and at the same time it’s an aggressive, tough sport. I believe it’s the most exciting game on the planet.”

But what does he think Australians will make of this unusual game where two teams fly madly across the ice chasing a slippery puck? “Oh, I think the same thing that Canadians make of rugby,” he says, “which is, ‘what a great game. What an exciting, fast, intricate, beautiful game.’”

The fact that the Olympic Winter Games is being held in his hometown also adds an extra thrill, and he’s quick to point out that there’s a lot more than just the ice hockey to grab viewers’ attention. “I’m looking forward to seeing a lot of the snowboarding events, the skiing events, the cross-country, the speed skating – I think everything becomes that much more exciting because there’s such a stake in it, and there’s such national pride.”

Of course, what Bublé fans will be itching to know is if he might actually grace the mic and belt out a few of his trademark tunes during the opening ceremony; but on this topic he’s uncharacteristically tight-lipped. “I hope so,” he says. “That’s all I can say. I would like to very much.”

As the conversation slips back to his music, we speculate about what the future might hold for him, more broadly speaking as an artist, and whether he might find more ways to give that old box the heave-ho once and for all. “I feel very much like the Benjamin Button of music,” he muses. “All the other people start off with punk rock and end up doing standards records. I started with standards records and ended up with pop.”

So, five years from now we might just be listening to a Michael Bublé “thrash metal” album? The quick-witted singer smiles, takes the bait and quips: “Pretty soon as a matter of fact”; and then offers a parting suggestion, “Michael Bublé and Silverchair?”