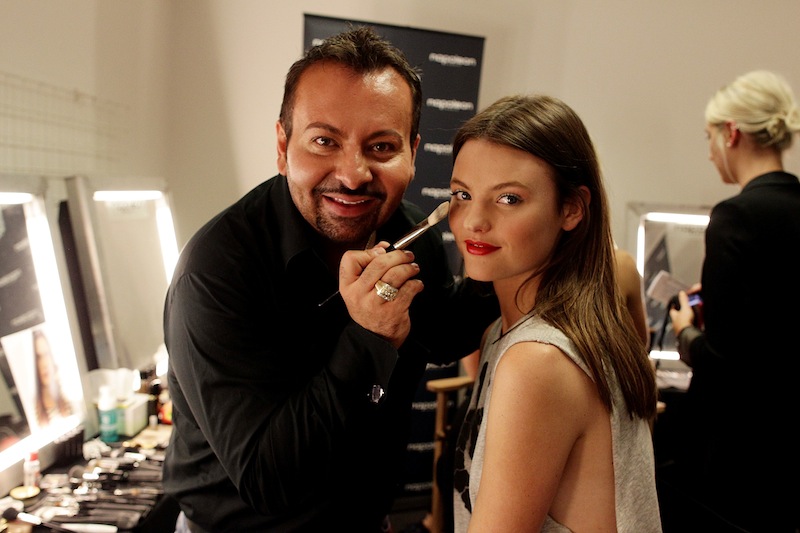 Like his famous namesake who took on Europe in the 19th century, make-up mogul Napoleon Perdis is a conqueror in his own right with a worldwide empire which boasts retail stores around the globe and celebrity devotees including everyone from Paula Abdul to Renée Zellweger. Now, in his new reality show, Get Your Face On, he’s taking the next step, putting 12 promising make-up artists through a gruelling series of challenges covering a gamut of styles including bridal, body art, high fashion and even drag, in a bid to find the perfect protégé.

When did you first discover your passion for make-up?

My muse for make-up is my mother. I remember always watching her doing her make-up and getting her face on every day. One day I just said to her, “I want to do your make-up”, and I must have been like 13 or 14, and she let me do it; and I think I made her look like a drag queen (laughs), but she was so proud, she encouraged me. My dad, of course, used to call it “Operation Christmas Tree”!

Where did you get the idea to do your new show Get Your Face On?

I was looking for a protégé, someone who could live up to being creative but could also think. What I wanted to communicate was that make-up is passionate at every level. I believe in [it] not only because I sell it, but because I love it. It’s a form of expression. I never stop working because I don’t look at it like that, it’s my love, it’s my passion.

What are you looking for in a make-up artist?

Someone that shuts up, listens, learns, and has passion. It’s really basic. A make-up artist is part of a team, you are not the leader. In the scheme of things, you are one of many stories that a woman puts together during the day.

What’s the worst mistake a make-up artist can make?

Make-up artists tend to want to try to own the face they’re working on. But it’s not their face, it’s only there for a moment for them to create a story. An architect does one building and it’s there forever, a make-up artist doesn’t, it’s one face and it changes and you move to the next; and you’ve got to be prepared to do that.

What’s it like hosting a television show in Hollywood?

In Hollywood shows like mine are considered small, but by Australian standards it’s gigantic! I have a four-level studio all to myself. I have a personal assistant; I have a dressing room, a make-up room, a chill out room. I have everything, I have my own personal bathroom – it’s very exciting!