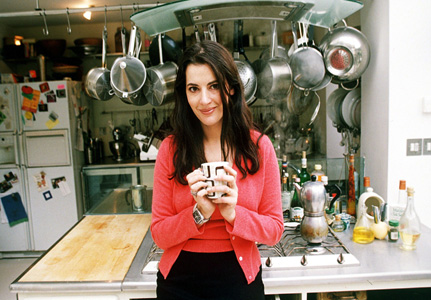 A pinch of this, a “splosh” of that, and “hey, presto!”, a delectable dish appears from thin air. only Nigella Lawson, the UK’s most influential food writer and self-anointed “domestic goddess”, could possibly whip up something so miraculous with a jar of marmite and a fistful of spaghetti.

of course, her new series Nigella: Kitchen has much more to offer than just minor miracles; it’s a cooking philosophy that she says will help you achieve “maximum flavour for minimum effort”.

As a busy mother of two, Nigella understands it’s all about beating the clock. But she also knows there’s something infinitely satisfying about delivering a no-fuss feast your family will love.

“The joys of food are so great that I really do believe that those who cannot allow themselves to wallow in them have lesser lives,” she recently declared in the Daily Mail. And it’s this joie de vivre that underpins her efforts in this new series. From a no-effort seafood roast, to instant orange and blackberry trifle, or even the rather racy “slut’s spaghetti” – Nigella’s take on the traditional Italian puttanesca (the literal translation is whore’s spaghetti) that substitutes fresh chillies for bottled jalapeños – everything is fast, fabulous and full of flavour. But best of all, there’s no need to feel ashamed of this hassle-free approach.

“I don’t feel guilty that I make my ‘slut’s spaghetti’ more or less by opening a few jars; indeed, I revel in it,” she says.

But Nigella: Kitchen seeks to bring viewers something more than just quick recipes that inspire, it also ushers in a whole new attitude to the place she calls “the heart of the home”. Instead of a domain of drudgery, Nigella illuminates the kitchen for what it truly is, a welcoming place you’ll want spend time in. “The kitchen is my favoured

space,” she says, “my messy haven and ramshackle sanctuary.”

However, it’s not always a quiet room – frequently it’s under siege by ravenous, rumbling tummies. Nigella’s solution? she keeps an arsenal of short cut recipes on hand that will feed the troops at a moment’s notice. There’s crustless pizza and small pasta with salami for the kids, while the grown-ups get to enjoy the delights of do-it-yourself chicken fajitas.

For the budget conscious there are also plenty of surprises in store. Instead of throwing out those old veggies in the crisper, why not transform them into a south Indian vegetable curry feast? Forget about tossing that stale loaf, you can transform it into a to-die-for chocolate chip bread pudding. And have you ever considered buying those cheaper cuts of meat like pork knuckles but didn’t know what to do with them? Nigella knows – braise them in beer and serve them up with apples and potatoes. Yummo!

And if you’ve been craving a vacation but are lacking the funds, why not become a “Kitchen Tourist”? Whether you’re hankering for exotic Asia, mouthwatering Italy or saucy Spain, a holiday for the tastebuds is on its way with Venetian carrot cake smothered with rum mascarpone, cheeky churros with a drool-worthy chocolate dipping sauce, and a lip-smackingly good chicken teriyaki with noodles and sugar snap peas that’s definitely not lost in translation.

Aside from the clever and innovative recipes, the real draw card of this series is the witty, and endearing Nigella, who explains the rewards of the kitchen best in her tasty tome Forever Summer.

“Cooking is not just about applying heat, procedure, method, but about transformation of a more intimate kind; none of us cooks without bringing our own character to bear on the food in front of us.” 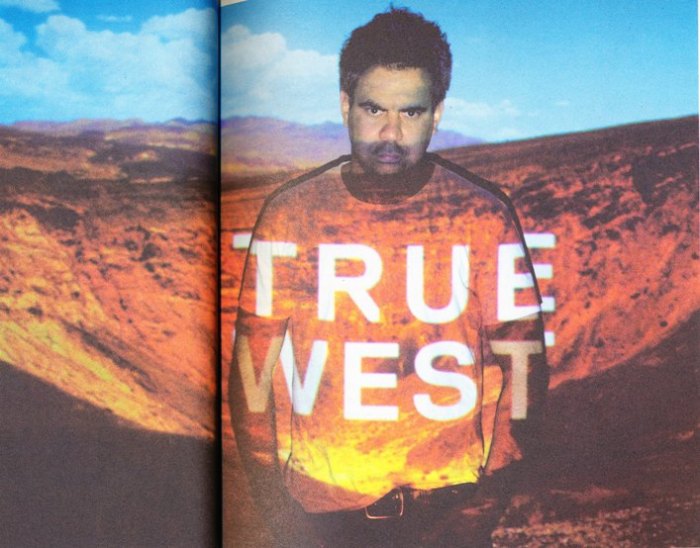 What does it take to unhinge us? Everyone has a breaking point; and there’s nothing like your nearest and dearest to know exactly how to take you there. Relationships that push buttons lie at the heart of Sam Shepard’s darkly witty True West, the play which sees Philip Seymour Hoffman returning to the STC’s directors’ chair.

It’s a story of brothers, one, Austin (Brendan Cowell), who seemingly has it all, and the other, Lee (Wayne Blair) who’s running on empty. Austin is a Hollywood screenwriter – the success story of the family, while Lee is a small-time crook who has spent months living a hand-to-mouth existence in the Mojave Desert. The two face an uneasy reunion when Lee drops around unannounced to their mother’s home in Southern California and finds Austin’s looking after the place for her. Austin’s hoping to get some quiet time to finish his latest script, which he’s sure is going to be a real money spinner, but Lee has other plans, crashing in and disrupting Austin’s precarious equilibrium.

The next hour and 40 minutes of intense stage time sees the two go head-to-head in an all-out mental and physical battle of wills – the way only brothers can. Blair is a wild, untamed brutal force to be reckoned with as Lee. He walks the delicate line between belligerent, manipulative abuser and happy-go-lucky opportunist in a way that elicits shocked gasps from the audience one minute and raucous laughs the next.

Cowell is unerringly “on” in all the right ways. From his timid facial ticks and agitated reserve through to his spectacular degradation as an alcohol sozzled, loud-mouthed loser who finds pleasure in the simple things in life – like toast!

Together, Blair and Cowell amplify each other’s performances to great effect in a perfect piece of casting that’s as good as it gets. Alan Dukes and Heather Mitchell lend suitable support in minor roles as film producer Saul and the boys’ mother respectively. And the whole proceedings whip along at the same exhilarating, breakneck speed as the two gooseneck cattle trailers chasing each other across the desert in the outline of the screenplay that Lee dictates to Austin, and which becomes the source of increasingly bad blood between the two.

Not an opportunity is missed in this super-smart production that takes advantage of set changes as emotional gearshifts. There in the fluorescent green in-between space we watch transfixed as Blair and Cowell prepare for the next onslaught egged on by loud jarring riffs from the rock soundtrack by Max Lyandvert. The set itself (Richard Roberts) a small kitchen/alcove space provides the perfect pressure cooker environment as Austin’s domesticated comfort zone gets blown to smithereens by a barrage of attacks from the unstable, erratic tornado that is Lee.

The wild west, the west of folklore and dreams, and the “true” west of ’80s America mingle and merge impeccably in this outstanding production that goes above and beyond all the hype to achieve something that’s truly extraordinary.