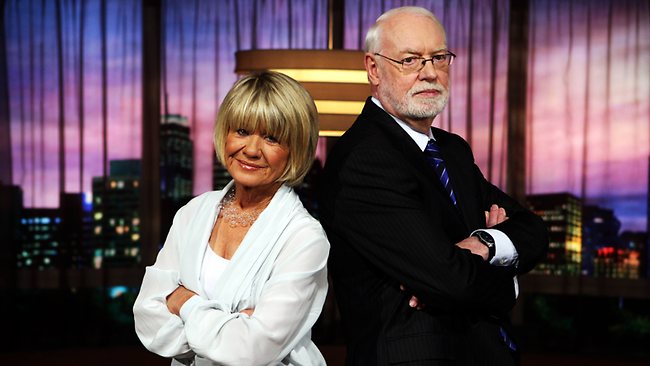 It’s been a quarter of a century since Margaret Pomeranz and David Stratton squabbled their way onto our TV screens. To celebrate, the Australian Centre for the Moving Image (ACMI) is presenting Margaret & David: 25 Years Talking Movies, featuring everything from Pomeranz’s fabulous, larger-than-life earrings to Stratton’s ASIO file. But what would the screen queen watch if marooned on a desert island? The credits are rolling…

Nashville (1975)
Director: Robert Altman
My favourite film of all time. I saw it in the mid-’70s when I’d come back from Europe and married a filmmaker [Hans Pomeranz] and I started going to films in a different way. I didn’t go because of the stars. I started being dragged along to see directors’ work. So I developed this passion – not only for Australian cinema, which was going through a new wave, but for cinema as a whole. I’d heard about Nashville on the radio and dashed off to see it. I was blown away by what Altman had done: this big sprawling epic mourning the loss of American innocence – because it was post-Watergate. It was a very cynical, satirical look. But also, he is a man who loves his country and actually hates what’s been happening to it. It’s full of music. The stars wrote their own songs. Keith Carradine won the Oscar for I’m Easy, so it’s funny and poignant, and it has all that overlapping sound that Altman was famous for. People are talking all over the place and it’s chaotic and wonderful.

The Flower Of My Secret (1995)
Director: Pedro Almodóvar
It’s one of Almodóvar’s least-seen films and it is absolutely delightful. It’s about a woman who’s a writer of romance novels, and she’s sick of writing them. She wants to write something serious, but her publisher doesn’t want that. Then she gets a chance to write an article (under a pseudonym) that’s a critique of the romance novelist. She wants to tear her apart, but the editor of the paper loves the romance novelist and so he starts writing the novels for her. You know, it’s melodrama! Almodóvar is the ultimate melodrama maker.
I don’t know that this is his best film, but it’s one I absolutely adore and it’s got the most fantastic dance sequence in it. It’s in red, his favourite colour.

The Women (1939)
Director: George Cukor
It’s all women – the actors, the dogs and the horses. And it’s star-studded: Norma Shearer, Rosalind Russell, Joan Crawford, Joan Fontaine and Paulette Goddard. It’s upper-class New York society. It’s about a woman who discovers, through her network at the beauty salon, that her husband is having an affair with the girl who sells perfume at one of the department stores, and she is devastated. The seductress is played by Joan Crawford and Norma Shearer plays the betrayed woman. Rosalind Russell is the catty friend who just wants to stir up trouble. It is delicious – and beautifully done. I love the costumes and it’s got this conceit  – a 10-minute sequence in the film – at a fashion show that’s in colour. The rest of it is in black and white, but this fashion show is in colour and it’s lovely. But this film also has feminist undertones (her real women friends stand up for her and exact revenge) and I think that’s why I like it.

Magnolia (1999)
Director: Paul Thomas Anderson
This is the film that turned me on to Aimee Mann’s music. But also, I think Paul Thomas Anderson is a real talent and it is so raw, this film. It drags you through this moment in people’s lives in a way that’s so painful and moving. Once again, it’s a really impressive cast, and it’s Tom Cruise, I think, at his very best. He is extraordinary as the guy who’s trying to teach men how to treat women badly. I love daring filmmakers and this is a very daring film.

In The Cut (2003)
Director: Jane Campion
It’s based on Susanna Moore’s book. When I read it I thought it was unfilmable and it got terrible reviews – no-one else liked it the way I did. Meg Ryan was dumped on from a great height, but I’ve been in love with Mark Ruffalo ever since. It’s about a serial killer in New York. This woman [Meg Ryan] saw the murdered woman in a dimly lit room with a man the night she was killed, but she sees only the tattoo on his wrist; and the cop who comes to question her has the same tattoo. It has got a lot of grit. When I came out [of the screening] I was dizzy. The film affected me physically. It was an extraordinary experience.

This article first appeared in Qantas The Australian Way, November 2011 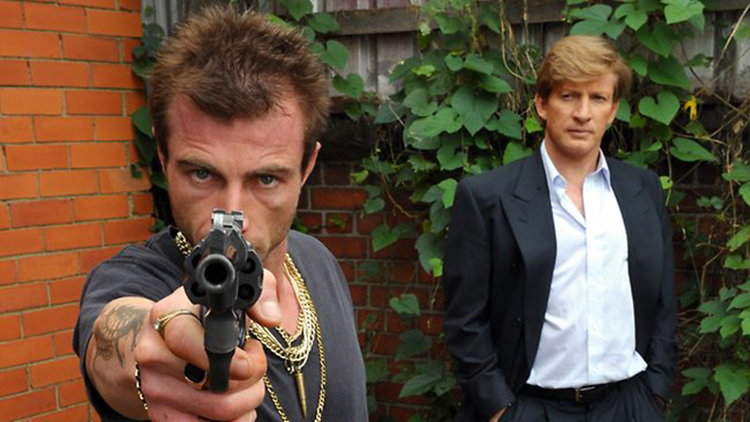 DAVID WENHAM – his name alone is enough to conjure up some of the most memorable performances.

He sent chills down our spines as the cold-blooded psychopath Brett Sprague in The Boys, and made millions of women go weak at the knees as the irresistibly hunky Diver Dan in SeaChange. This versatile actor has also left his mark on Hollywood, after playing Faramir in The Lord of the Rings trilogy and Dilios, the storyteller, in 300.

The Aussie actor is set to have you glued to your screen yet again in TV1’s stunning new drama series, Killing Time. Wenham portrays Andrew Fraser, the real-life former criminal defence lawyer who made his name representing Melbourne crime figures including Lewis Moran and Dennis Allen.

Ironically, when FOXTEL magazine caught up with Wenham, he had very little time to kill. “Every day is crazy,” he said during the quick chat he managed to squeeze into his hectic filming schedule. “[Working] 12 to 14-hour days isn’t unusual. What is slightly unusual is the fact that on this project I’ve been doing that five days a week for something like 13 weeks. “I don’t think I’ve done a project like this before, where I’m literally in every scene bar about three. It’s a marathon,” Wenham said.

The 10-part drama series has also proved to be an experience where Wenham must run the emotional gauntlet as he takes viewers through the life and times of Andrew Fraser. A man who became rich by helping some of Australia’s shadiest criminals avoid jail time in the high-flying ’80s, Fraser crashed and burned – and wound up in prison himself.

“He’s a man who is extremely intelligent, extremely talented – a formidable lawyer at the top of his field – yet he has a fatal flaw which becomes an addiction to drugs, which causes his downfall,” he said. “I found that interesting, the fact that we follow the journey of a man at the height of his powers, and see how that is taken away from him.”

Prior to succumbing to a $1000-a-day cocaine habit, and ending up in maximum security after being found guilty of drug trafficking, Fraser had a client list that read like a who’s who of Australian crime. He represented everyone from the Pettingill family, who were implicated in the cold-blooded murder of two Victorian police officers; to footballer-turned-drug trafficker Jimmy Krakouer; and even troubled businessman Alan Bond. “You can’t invent these characters,” Wenham said. “The things they do are seemingly so far fetched and incredible.”

Throughout the series, which is told mostly in flashback as Fraser sits in his prison cell, we meet many of his clients in a production that’s recruited some of our best actors. “We’ve got some wonderful people in there,” he enthused. “We’ve got legends of the Australian screen. People like Colin Friels [who plays Lewis Moran], who’s just wonderful to work with; Diana Glenn, who plays my wife; and then you’ve got Richard Cawthorne, who plays Dennis Allen – an amazing character and Richard has just run with that.”

Wenham’s attraction to the project stemmed from the completely new perspective offered by telling these true-crime stories: not from the cops’ side or the criminals’ side, but from the point of view of a successful defence lawyer. “It’s a totally fresh look on stories and narratives we may be familiar with,” he said. “Fraser sort of straddles both worlds.”

Playing Andrew Fraser also provided a much-needed opportunity for Wenham to take a stroll back to the dark side. “People who aren’t perfect interest me,” he said. “I hadn’t delved into that sort of territory for [a while], and it must have been time to scratch that itch again because when I read the script it was a compelling read. I thought it had the essence of really good drama.”

But perhaps most irresistible, was the chance to drown Diver Dan once and for all. “I think characters like this go some way to debunk that,” Wenham said. “Andrew Fraser is sort of an energetic and charismatic character at times, but he also does some hideous things that I think may appal some people.” “But I like that, because he is a very divisive character,” he said.