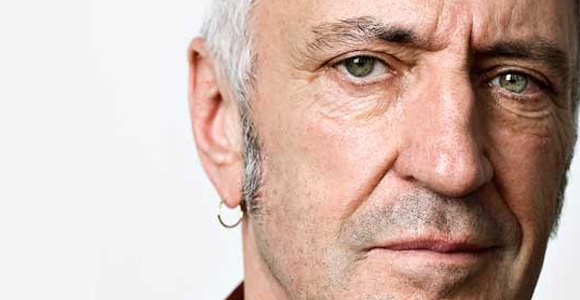 Both were born in England in the ’40s, developing lithe, tall and somewhat awkward frames. Both sport noses that hang decidedly downwards, and both were given the Christian name John. But is that where the similarities end? John Waters has been bringing the life and music of John Lennon to the stage in his show Looking Through A Glass Onion for just shy of two decades now, and it seems the longer the show continues the more a kind of melding of the two is taking place.

No doubt other reviewers have spoken of Water’s performance of Lennon, which comprises a spoken monologue interspersed with his songs, as a “channelling” of sorts, but perhaps it would be more appropriate to speak of him as a kind of funnel. For in this arresting, live performance – which he first staged back in a Sydney pub in 1992 with the help of talented musical director Stewart D’Arrietta – Waters takes all the stuff that made up Lennon: the music, the cocky dry wit, the loves, the madness of Beatlemania and the nowhere-ness he felt at key turning points and distils it into the essence of John – the good, the bad and the misunderstood.

Waters speaks of Lennon as “an older brother” and it’s not hard to see that there is a soul connection here, a resonance in this piece that is infused with that sense of “family”, for both – to greater and lesser degrees – have dealt with the mad beast that is fame. Both are men who have felt deeply and have strived through their careers to articulate emotions, and in so doing have helped others understand themselves a little better. It’s easy to imagine (pardon the pun) the two of them sitting down and sharing a few jars, laughing at the bitter sweetness of life. Perhaps that’s why John Waters being John Lennon works so well – you believe that Lennon would not only approve of his incarnation, but would probably laugh and cry his way through the show, if he were still fortunate enough to be around to enjoy it.

With the help of a backing band of deft musos including the spectacular D’Arrietta on the piano and keyboards, co-musical director Paul Berton on guitar, Greg Henson on drums and Tony Mitchell on bass, Waters takes us inside the mind of a man we all thought we knew intimately, but probably only skimmed the surface of. There are rousing renditions of Come Together, You’ve Got To Hide Your Love Away and heartbreakingly moving versions of Jealous Guy, Julia and Beautiful Boy – and of course Imagine – in an evening that’s a rich, rewarding journey of laughter and goosebumps mingled with tears.

The dramatic lighting (Peter Neufeld), which at one point sees Waters become a disembodied head, is stylish, if at times a little dazzling; and the sound (Adam Burbury) hits us with a gutsy velocity that transports us utterly and completely.

Taking off on a national tour around the country that takes in everywhere from Brisbane to Perth, Canberra and Albury, and a whole lot of places in between, this is one show that fans of the late, great John Lennon must see – and if you’ve already seen it? Well… it’s most definitely time to see it again!