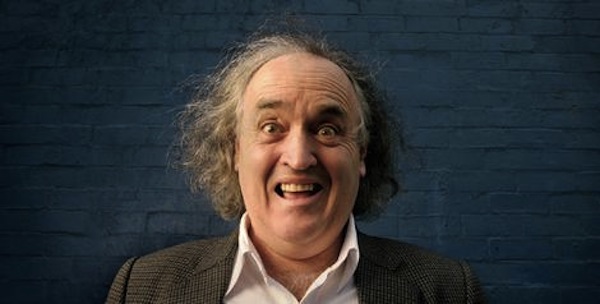 The career of Fast Forward funnyman Peter Moon has waxed and waned, but now the Aussie comedian is back in the driver’s seat as the creator and star of his new sitcom, Whatever Happened To That Guy? We catch up with him as he embarks on the greatest role of his career – playing himself!

Back in the early ’90s Peter Moon was on top of the world as one of the stars of Fast Forward, a show that was arguably the most successful Australian sketch comedy series ever. Remember Victor, the “unattractive” Russian newsreader and Abdul, Steve Vizard’s “Fakari” rug-selling sidekick? These were just some of the iconic characters that Moon made his own.

Although a successful long-running radio gig followed after the show wrapped, his fellow Fast Forward alumni were moving on to bigger and better things and he found himself slipping off the radar. The lowest point came when Moon was sacked from his radio show and had to sell his house. “Suddenly I felt like, what’s going on? I was sort of doing really well and now I’m almost persona non grata.”

He says he soon became someone that people half-recognised and, even worse, thoughtlessly insulted. “People would come up and say, ‘I think you’re hilarious, I think you’re as funny as…’ And then they’d name someone who you didn’t think was funny at all.”

Flash forward to the present day and now Moon is having the last laugh with What Happened To That Guy? a sitcom based on his life, but with “all the bad things turned up to 11”. In this hilarious new show viewers will meet a selfish ex-B-lister who refuses to acknowledge that he’s no longer a star.

Inspired by Seinfeld creator Larry David’s hit show Curb Your Enthusiasm, Whatever Happened To That Guy? features a who’s who of Australian comic favourites including Michael Veitch, Red Symons and Russell Gilbert, all playing fictional versions of themselves. And Moon is thrilled he’s no longer the “second banana”. “It was just great for me to be working with people that I really liked on something. It was fantastic. It was better than winning the lottery!”