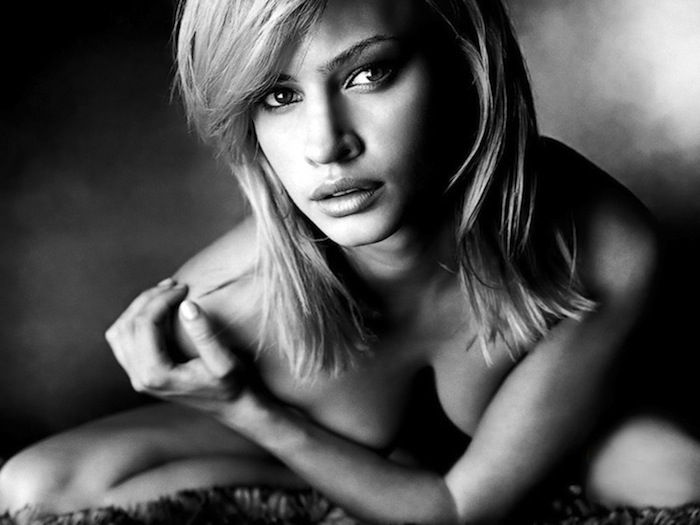 Fabulous frocks are whipped up at a moment’s notice using the sparest of materials, and creative tensions erupt under the tighest of budgets. Welcome to the sartorial splendour of Project Runway, where aspiring designers are “either in or out”, and solid television gold is made.

Now, at last, the popular US program gets its eagerly anticipated Australian twist as Project Runway launches a home-grown version. Based in Australia’s style-central, Melbourne, no one is more excited about the launch of the show than the newly anointed host, Aussie model Kristy Hinze.

“You get hooked on watching it,” says Hinze, who’s a huge fan of the top-rating program hosted by German supermodel Heidi Klum on ARENA TV. “It’s hard to believe that someone can make a dress out of a bunch of leaves and flowers, and get it on to a catwalk and it actually looks fantastic – it’s just amazing!”

Hinze is thrilled that this opportunity has landed in her lap. “It’s such an honour to be able to do this show… I hope people get addicted to it the way I am to the American one,” she says.

Boasting a talented bunch of 12 “cute and quirky” designers and fashionistas with a variety of experience and areas of expertise, they’ll be put through their paces by an esteemed judging panel of industry insiders, including the hot and oh so ‘hip’ Australian darling of design Jayson Brunsdon.

“He’s just an incredible Australian designer who is really forging his way overseas in New York, London and Singapore,” she says. “He is doing extremely well, and he’s one of our biggest talents, so we’re really excited to have him on board.”

Also climbing aboard the Project Runway express is New-York based bridal designer Henry Roth, who has big shoes to fill with the mentor role that’s been performed so memorably by style guru Tim Gunn in the American series. Gunn’s ‘make it work’ motto has become a mantra for the US contestants and fans of the show.

The judging panel will be rounded out by the no-nonsense nous of fashion forecaster Sarah Gale, who’s worked as a buyer for some of Australia’s biggest retail chains. “I think she’s going to bring a really great element of more commercial design – things that will sell – and she really knows what she’s talking about,” says Hinze.

Though Hinze is tight-lipped about the exact design challenges the group will face, she hints that they “will reflect the Australian lifestyle and the Australian people… There’s going to be a lot of stuff that is really going to push them creatively and like the American show, we’re going to give them very little time to do it and very little resources.”

But the prizes on offer are sure to inspire and make any would-be designer drool. “They get a 2008 Fiat 500, a six-page fashion spread in Madison magazine and the opportunity to design and showcase their own collection to the value of $100,000 at the L’Oréal Melbourne Fashion Festival in 2009. So they are all pretty excited about that.”

Of course, it wouldn’t be Project Runway without special guests and fashion icons dropping by. “We’re going to keep it as a little bit of a surprise, but we will have some fabulous guests on, ranging from really big designers to celebrities.”

Meanwhile the six guys and girls who will fight it out for couture supremacy are getting used to their new über-cool address. “They are living at a fabulous apartment complex in the new Docklands area [in Melbourne]… They aren’t doing it too hard at the moment,” laughs Hinze.

But once the show gains momentum the claws are sure to come out. “They are all high-fiving each other and are really friendly now, but when it starts getting down to people leaving the show, and they start realising that this is a competition, I think we’ll start to see a lot of their personalities clash. I hope they are getting their sleep before it really kicks in because they are going to need it. They are going to be put through the ringer over the next twelve weeks.”