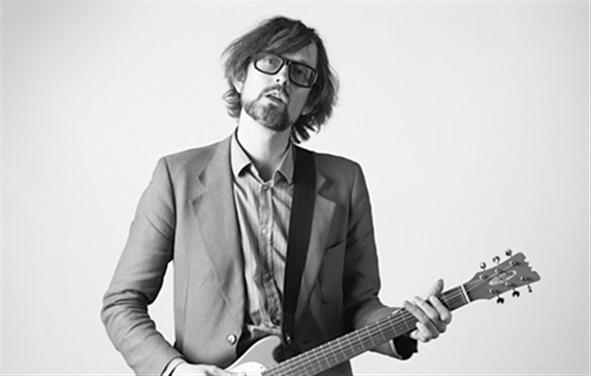 Jasmin Tarasin’s Live, a video installation that’s currently on in the Lower section of the Town Hall as part of the Sydney Festival, is billed as “intimate”, and that’s a spot on way to describe it. As you make your way into the darkened underground room past long black curtains collecting your personalised headset along the way, you get the sense that you’ve been invited to a VIP event; a one-night-only kind of affair. What awaits inside the inner sanctum is something special; but ironically, despite the show’s name, it’s not actually “live” at all, rather, viewers are greeted by four large screens – each roughly five metres across – which feature the recorded performances of twenty talented musicians from both Australia and abroad.

Like glorified buskers in a mega-mall, local indie-darling Sarah Blasko, Canadian cool-kid Peaches and Britpop legend Jarvis Cocker from Pulp fight it out against the rest in a simultaneous visual battle for your attentions. There’s a certain music-festival kind of pleasure in being able to wander between them at will, starting and stopping to listen as you see fit by tuning in or out of their songs on the different channels of your headset.

Roisin Murphy (from famed electro-pop duo Moloko) won’t break your gaze, while Yim Yames (frontman of My Morning Jacket) keeps his eyes closed and Dan Kelly hides behind sunglasses. These different approaches to connecting with the viewer serve to highlight the interesting dichotomy of performance itself: It’s an act that’s both an internal private moment for the musician and at the same time something to be shared with the audience. This tension between the two creates some of the most interesting moments in Live, as you get a measure of which performers choose to stay grounded completely in their own world and which ones seek to cross over into ours.

While they are still “performing” for a camera, the black-and-white imagery, plain white background, lack of editing and the single, static shot break down the usual music clip razzle-dazzle we’re used to having these kinds of performances mediated by. This approach creates the feeling of something more authentic; as if they are carriers of a song, stripped of all their artifice they become merely a vessel for the music itself. It’s a stirring experience, an antidote for the MTV generation.

Although visually the installation has a raw vibe, the sound doesn’t get quite the same treatment. The arrangements are stripped back, sure, but you’d hardly call most of them a cappella. With the exception of Julian Hamilton’s from The Preset’s rendition of My People, there are backing tracks on most, and there’s still a sense of something that’s been polished or “produced”. So your experience is still being guided and manipulated to a degree, but that’s something that’s obviously impossible to entirely avoid in any recorded (and indeed even truly “live”) performance.

The private viewing booths off to the side of the main “stages”, which have room for only a handful of people, work somewhat less well. Possibly this is because the screens here crop and trap the musicians into tighter portrait-shaped frames from which they seem desperate to escape. There’s less room here to experience what Tarasin refers to as “duende”: a Spanish word for the kind of soul or emotion a performance can hold. Really though, this inadequacy, instead of detracting, serves to highlight just how good those four main screens are and the performances on them. Everyone up there is in fine form: Jarvis Cocker, Juliette Lewis, Rufus and Martha Wainwright, Feist, Clare Bowditch, Lisa Kekaula; Kram from Spiderbait with his awesome look-no-sticks-ma drum solo and Indigenous artist Jimmy Little’s heartfelt personal tale with its country vibe.

Sydney Festival goers would do well to get along to Live and lap up the chance to see some inspiring and all-round fun performances in a unique up-close-and-personal setting that just might move you.

Sydney Festival 2011
Live: An intimate video study of the art of performing