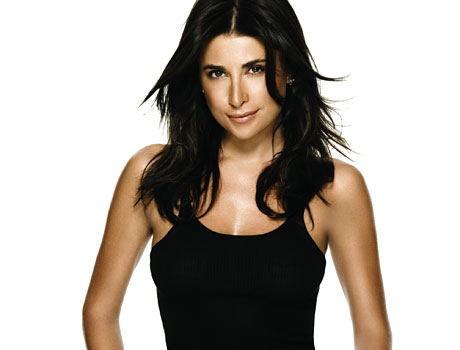 The claws are out, the stilettos are sharpened and the pouts are primed to perfection as Australia’s Next Top Model returns for series four.

Imagine jetsetting around the world clothed in the finest fashion as you rub shoulders with the A-list – then imagine moving into a house with 12 other girls who want that just as badly as you, and are prepared to fight for it. That’s the high-stakes world of FOX8’s hit reality show Australia’s Next Top Model.

Here the supermodels are separated from the wannabes through a series of gruelling model challenges that serve to show exactly which girl has what it takes to be the next Kate Moss on the cutthroat catwalks of the world. While the weekly winner progresses to the next round and scores fantastic prizes, the loser faces elimination from the house.

In series three, the long and lanky Alice Burdeu amazed the judges as she survived the bitchy catfights and blitzed the challenges to be crowned Australia’s Next Top Model – and now she’s strutting her stuff on the catwalks of New York.

Former model, swimsuit designer and glamour-puss host Jodhi Meares is thrilled by the quality of the talent this time around. “Alice has really raised the bar in terms of the casting when we travel. We’re amazed at the calibre of girls that turn up,” says Jodhi.

But what everyone is really dying to know is the catty credentials of this year’s contestants. “They’re extremely cheeky,” laughs Jodhi. “They’re all gorgeous for different reasons and they’re very different. It’s a really eclectic group.”

As the girls get comfy in their palatial Sydney waterside mansion, their individual personalities start to emerge. “You get the alpha personalities that come out straight away. Where one might have a strength the other might have a weakness and that’s what the challenges are about. You get to see where they excel and where they don’t.”

The pressure-cooker environment pushes the girls to emotional extremes – and the result? “Plenty of fights, plenty of tantrums. They’re sort of an hourly event I think. They’re under quite a bit of pressure and at the end of the day they’re still only kids, they’re babies.”

This season the show’s format gets a revamp with the departure of photographer Jez Smith. Now, judges Alex Perry, Charlotte Dawson and Jodhi Meares will be joined by a different top fashion photographer on the panel each week. Guest judges include Vogue’s Kirstie Clements, make-up king Napoleon Perdis, and a host of celebrity guests including everyone’s favourite fashionable Olympian Ian Thorpe, shoe designer Mary-Kyri and catwalk coach Mink Sadowski. And Jonathan Pease is back as the girls’ trusty mentor.

Not only do the girls get great goodies each week, the winner’s prizes are a paparazzi princess’ dream come true. “They’re wonderful… An eight-page editorial in Vogue, the face of Napoleon Perdis’ brand, and a car – you know these girls are spoilt rotten,” giggles Jodhi.

With such hot talent and fierce competition, Jodhi admits choosing the winner is tough. “I guess the girl who can prove that she can do it all is ultimately the girl who will win.”