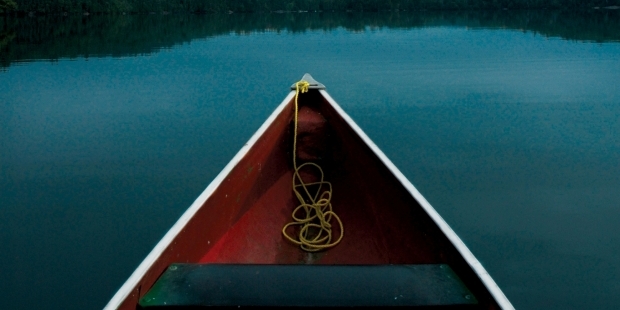 The Secret River is, in a very real sense, Australia’s creation story. Set on what was the New South Wales colony’s new frontier, the Hawkesbury River in the early 1800s, it details the struggles and ultimately brutal resolve of the renegade convict settlers who claimed the land as their own by force from the indigenous people inhabiting it. The Secret River illustrates the choices made by our forebears, for better or for worse, which led to the expanding of the colony and an irreparable dispossession for the indigenous people of this country. It is a tragic and important history lesson, one that must be told sensitively and expressively if we are ever to reach anything close to an understanding of what went wrong in the beginning and why.

Kate Grenville’s novel, the source material for this play, is full of beautifully crafted and powerful prose. Transforming a piece that is already perfectly executed into a new form is a monumentally difficult task. It could be said that the greater the original text the more obstacles the adaptation will face in equalling or, in rare instances, surpassing it. This is because a great work inherently resists modification. Choosing what should stay and what should go becomes that much harder when everything has already found its snug resting place.

And so it is with The Secret River. Playwright Andrew Bovell has been reluctant to let go of Grenville’s signature voice and in his efforts to preserve it he has hamstrung this production somewhat with an onstage narrator. The result is a talented cast that are rendered impotent as they stand and wait their turn to fit in around the narrative, while the action is beholden to a staccato rhythm rather than a flow. This is a tale where point of view is everything and yet here we have an aboriginal narrator (Ursula Yovich) reciting text that is mostly sympathetic to the troubles of the settlers. While this may be an interesting attempt at unifying the characters instead it backfires, jarring with the plot irreconcilably.

There are a great many challenges from a directorial standpoint, too. With action that focuses mostly on exteriors Neil Armfield opts for minimalist staging and a bush that is largely imagined. Stephen Curtis’ towering ghost gums and a fully functional campfire help to lend the required ambience, as does Mark Howett’s subtle and quite lovely lighting, while Iain Grandage’s live musical accompaniments create a sense of intimacy. However, decisions such as making actors behave like barking dogs and disembodied branches bashed about the actors to indicate they are moving through dense bushland push otherwise serious scenes into the realm of farce.

There are, thankfully, many strong performances here. The entire indigenous cast are phenomenally good. Roy Gordon is magnetic as Yalamundi; Trevor Jamieson shines as Ngalamalum; Jeremy Simms is a standout as the dangerously unhinged settler Smasher Sullivan; Colin Moody is wonderfully moving as click here
Thomas Blackwood, the only settler who has found a way to happily coexist with the locals; Miranda Tapsell is charming as Gillyagan; and Judith McGrath lends nice comic relief as the long-suffering Mrs Herring.

Best of all the child actors imbue The Secret River with an effervescence and a lightness that keep it buoyant at crucial junctures, especially when the darkness threatens to drag it irretrievably away. But ultimately, this production cannot turn the tide, and it ends up slipping away without being as powerful or as meaningful as it most certainly deserved to be.
Sydney Theatre Company presents
The Secret River
by Kate Grenville | adapted for the stage by Andrew Bovell