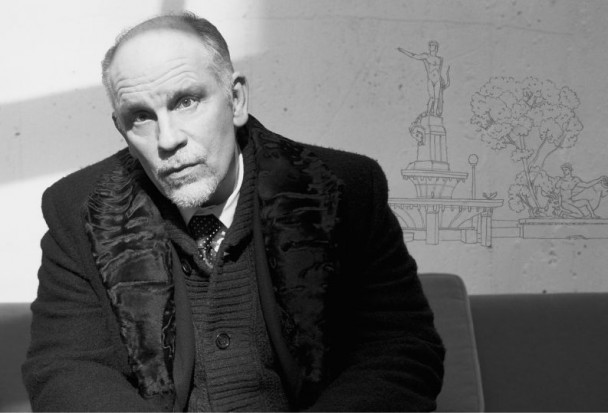 We wanted Hollywood icon John Malkovich and we got him, but sadly The Giacomo Variations, the 2011 Sydney Festival’s big-ticket item, that’s arrived here after premiering in Vienna, is an odd, farcical, repetitive and ultimately tedious production – which is an awful shame. This is Malkovich, after all; one of the world’s most celebrated character actors. A man whose own parody of himself in Charlie Kaufman’s 1999 film Being John Malkovich is a work of utter genius. How could this not be great, right? Well, unfortunately, it just isn’t.

A strange hybrid of genres, where opera and theatre take turns in telling the story of the legendary 18th century Lothario, Giacomo Casanova, the production largely fails because it’s trying to be all things to all people. While Malkovich fans are sure to get a kick out of seeing the magnetic man in the flesh, they are also bound to be equally frustrated by the truncated nature of the performance. The dramatic scenes are interspersed with opera from three of Mozart’s best: Don Giovanni, Cosi fan tutte and The Marriage of Figaro, so just as Malkovich is hitting his stride as the silver-tongued charmer (depicted here in the twilight of his days, looking back on his greatest conquests aided by his colourful memoirs) the performance is brought to a crashing halt by a musical interlude.

Meanwhile, the folks who have come for the opera part of the proceedings – which is delivered with great gusto by singers Andrei Bondarenko and Martene Grimson, who stand in for Casanova and his various lovers respectively – may well find it difficult to take the whole thing seriously. Perhaps that’s because, most of the time, the duo find themselves singing in various stages of undress and on more than one occasion engaging in simulated sexual acts, all while the Sydney Symphony Orchestra plays on – in other words, it’s kind of awkward.

The set, too, a collection of three large corset-shaped tents complete with petticoats on wheels is equally cumbersome. There’s an amateurish twee-ness about it, bordering on – dare I say it? – a musical production directed by the likes of TV’s Mr G (Chris Lilley). When we do finally get to bask in a bit of quality Malkovich time, the poor man finds that he is largely preoccupied with wheeling the ridiculous things about or hoisting up the side of their “skirts” and fastening them back to reveal rooms that sometimes seem to serve very little purpose.

Actress Ingeborga Dapkünaité lends good support to Malkovich as a female admirer who has come to enquire about publishing his memoirs, however the required sexual frisson is noticeably absent. And while most audience members would probably find Malkovich mesmerising, even if he was just reading the phonebook, there’s not much of a sense of him ‘working’ to maintain our attention here; rather, he seems to be drifting on through with very few shifts of tone or energy level. Sure, he’s got some pithy one-liners and they are great, but as a whole, this is more like a snapshot than a complete performance.

“I was never capable of repeating the same thing twice,” Casanova tells us. Unfortunately, the same can’t be said for director Michael Sturminger’s The Giacomo Variations. Instead, the tales of Casanova’s raunchy and outrageous conquests are flogged to death by a format that endless recycles itself: we are told something then we are shown it, over and over again. The result, I’m afraid, is more monotonous and soporific than either arousing or entertaining.